Every Online Dating Coach who works with ProfileHelper is not only trained to help you with all of your online dating needs, they have all been successful online daters themselves. 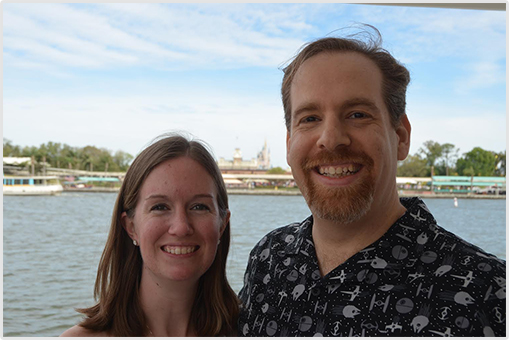 Over 10 years of experience in Online Dating Coaching

As the founder and lead profile advisor of ProfileHelper.com, Eric has worked with and consulted for top online dating sites including Match.com, Cupid.com, PlentyofFish.com, and eHarmony.com.

After a short, award-winning career in public relations, Eric Resnick took a job helping online daters improve their online dating profiles with Match.com in 2004. Within the first three months of the program, he became the most requested and highest rated dating and profile coach that the site had to offer.

Since launching ProfileHelper.com in the summer of 2005, Eric has also written a dating advice column, Ask the Experts, which was seen weekly for two years, in over 250 newspapers around the United States. Since 2007, Eric has also worked as a strategic advisor to Courtland Brooks, where he has personally advised over 35 top-tier dating sites on everything from user experience to public relations.

Eric started ProfileHelper.com so that he could bring online dating success to singles regardless of which dating site they belong to. Eric and his team of writers have personally helped over 10,000 single men and women from over 20 countries to find love online.

one chance to make a great first impression. Our Profile Experts know how to make your profile stand out from the crowd so you can meet the people YOU want to meet.” – Eric Resnick, Founder

When hiring new writers and dating coaches, the first thing that Eric looks for is that they have experience, not only as writers but also as online daters themselves.

At ProfileHelper.com, we believe that there is no way to really understand what our clients need unless we have experienced it ourselves.

Eric Resnick and his team of dating profile ghostwriters will give you a no-cost, no-risk assessment of how your profile stacks up against other daters.

get our quick tips for online dating success

sign up for your FREE copy of our ebook!

Let us help you meet that special someone. Our expert online dating coaches will work with you to create a unique, personalized online dating profile that will attract the right match for you.

Our Dating Profile Writing Academy will teach you everything you need to write your profile. Once you are done, Eric will go over your new profile with you personally!

Just fill out our in-depth questionnaire and let our Dating Profile Writers create an amazing new profile for the dating site/ app of your choice.

No questionnaires. Just you and Eric Resnick, the world's leading dating profile writer. BONUS - Along with a new profile, this service also includes an in-depth coaching session and lifetime dating photo review privileges.

Set up a one-hour online date coaching session with Eric. Nothing is off-limits from your profile, pics, or even the best opening messages to help guarantee a response.